Now more than ever, the job market is at its most competitive state. Even college graduates find it difficult to secure employment. This is the reality now that people should get used to. Given the strong competition, professionals should consider boosting their careers through other means. learning Japanese can boost your career.

Have you considered learning other languages such as Japanese? With globalization paving the way for the international job market, who knows if one day you’ll end up using your Japanese literacy or fluency for your next career move?

Perhaps you’re thinking why Japanese out of all the other languages in the world. To start with, Japan is one of the most technically advanced countries in the world. If you have plans of expanding your horizons career-wise, working in Japan is a wise move.

Even when you don’t plan on physically going to Japan and work there, here are still other ways that learning Japanese can boost your career:

Elevates Your Status In The Workplace

It’s a common practice in the workplace for supervisors and managers to value employees who are hardworking and always open to personal growth. Once your colleagues learn about the fact that you understand and know how to speak Japanese, they’ll see you as someone who likes being challenged.

Though it’s not easy learning this language, it’s attainable as long as you’re determined enough to absorb it. Fortunately, there are several online courses that you can take if you really want to get started on learning Japanese; online Japanese language schools, like Taiyo Japanese language school, are fast-growing these days. People like the flexibility that online language schools offer–they usually have online and offline options available.

Leads You To A Better Global Perspective

Sometimes, being proficient in your field of work isn’t enough to be globally competitive. If you like to deeply penetrate the global market, you have to embrace diversity.

Communicating in another language such as Japanese will make you linguistically and culturally ready to communicate not only with international audiences but even with several local ethnic groups of the society.

As you immerse yourself in a global perspective, you’re introduced to another level of human experience. It’s not only career-boosting but also individually empowering when you think deeply about it.

Perhaps you only thought of learning Japanese for fun. However, as you learn, you’ll notice that you now have plenty of career options. If you don’t like the idea of shifting to a whole new career, you can consider working on something part-time.

For example, you can be a translator for the government or provide language services to people who are looking for such services. One of the most common side jobs that Japanese-speaking people do is teaching the language online. You can provide your services according to your flexibility and you’re also free to set your own terms.

Gives You Better Chances At Promotion

If you decided to study Japanese because you’re currently working for an international corporation, you’re most likely to have higher chances of getting promoted. International companies want their employees to be culturally embracing. If you speak foreign languages like Japanese, they’ll see you in a different light.

When opportunity knocks and there’s a need to deploy an employee to overseas branches, your name will surely pop up as one of the most qualified contenders.

Improves Your Academic And Thinking Skills

Japanese is considered one of the hardest languages to learn. The good thing about that is you can’t possibly learn it if you don’t challenge yourself and do your best.

If you’re the type of person who likes to continuously learn, you should learn this language. Moreover, if you’re enrolled in other online courses or planning to accomplish a master’s degree, your academic and thinking skills may also improve when you’re learning a new language.

Makes You A Better Communicator

Being able to speak more than one language is an indicator that you want to communicate and connect more effectively with other people, particularly foreigners. By knowing the language, you have an edge since you’re comfortable with facing ethnically diverse colleagues.

Aside from gaining new foreign friends, you can also practice your communication skills as you connect with them. Also, you get to learn more about their values and culture, thus giving you a better understanding of how they really are as co-workers and friends.

Introduces You To Korean And Chinese Languages

Japanese is a completely different language. However, as you start learning it, you’ll realize that it can easily help you learn Korean and Chinese. This is because Chinese characters are used and applied in the Japanese writing system. Korean, on the other hand, is also different from Japanese but their grammatical structures are very similar to one another.

That being said, learning Japanese can make you interested in learning these two Asian languages. Being multilingual is highly in demand in today’s job market, may it be local or international so to speak.

Learning a new language prompts your brain to naturally multitask. As you work on listening, translating, and speaking Japanese all at the same time, your brain activity increases, enhancing its capacity for more cognitive tasks, such as memory, perception, and problem-solving.

To some extent, multitasking is highly encouraged in the workplace. When done correctly, it may increase productivity, which is good not only for the company but also for you as well. You might also be interested in best online japanese training classes.

Learning another language can expose you to a whole new culture and outlook. As you delve deeper into the native Japanese speech, your creativity can be stimulated as you navigate your way through out-of-the-box thinking.

Enhanced creativity is useful in the workplace, especially if you’re associated with marketing, designing, or advertising departments.

As you can see, learning Japanese isn’t as simple as being able to speak and understand it. It can prove to be useful in the workplace, especially if you’re eyeing professional growth.

Studying this language won’t only introduce you to the Japanese culture but, more importantly, you’ll be able to penetrate the international job market with less competition. 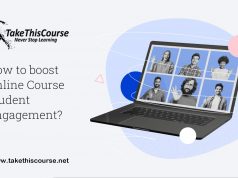 Is Occupational Therapy Doctorate Worth It?

Why Google Cloud is better than Azure?

What are the Key Objectives of Accounting?