If not the most used, Adobe Premiere Pro CC and DaVinci Resolve are known to be two of the most used editing software there are. Whether you are a beginner or an advanced level individual, a hobbyist or a professional, anyone can use both the software to edit a blockbuster feature film or a home video. Similarly, both the software are available on a wide array of software unlike other programs like Final Cut Pro X and more. In this article, we will discuss Davinci Resolve vs Premiere Pro.

Thus we can say our two best editing software are DaVinci and Premiere. But even with these two DaVinci Resolve Vs Premiere Pro software, there can be a huge competition about which one has features that are better than one another.

So let us make a comparison with DaVinci Resolve Vs Premiere Pro and find out which one has which features better from each other.

Even though both DaVinci resolve and Adobe Premiere have similar interfaces yet Premiere is more preferred. It is because Premiere has been in the video-editing game for a longer time than DaVinci. And that is why it has more time to fine-tune the interface to precisely what you require as a video editor.

Based on Color Correction:

DaVinci Resolve has always been a color correction program and is specially designed for professional colorists. And as of recent, BlackMagic has extended DaVinci’s offering to allow different users for video editing different complex projects and has even entered the video-editing industry thereby making it more preferable for video editors.

All the text and graphics which are involved in Premiere are extremely extensive as compared to DaVinci. In Adobe Premiere Pro, you have the option to apply complex compositing and sleek titles right within the program thus making it the video editor’s first choice.

Based on Ease of Use:

To be able to use both the software, you need to have a steep learning curve. But among the two, Premiere is slightly easier to use for a first-time editor. DaVinci on the other hand is designed for a slightly higher expertise level and that is why Premiere Pro is preferred.

As compared to DaVinci Resolve, Premiere Pro has a wider array of tools and features to offer to its users. And on top of that, the user base of Premiere Pro is larger. There are more tutorials and solutions available online for users to get a guideline to progress as an editor.

No matter how better a software is, the one thing that attracts a user to use it is its price. And in this regard, DaVinci Resolve is the winner as it offers a flat rate of $299. Premiere on the other side is priced at a subscription fee of $20.99. Now, this may look cheaper than DaVinci Resolvein the short-term. But you’ll be more inclined as an editor to subscribe to the full Creative cloud which is even more expensive. $52.99 per month. So in this case DaVinci seems much cheaper.

Other Points for Comparison:

Below are some more facts that can help us understand which among the two DaVinci Resolve Vs Premiere Pro software is better.

Premiere Pro is known to be the industry standard in editing video and films. Whereas DaVinci Resolve is very suitable for those who focus heavily on color correction.

DaVinci has also recently added improved video-editing capabilities like audio tools and easier clipping features which have attracted many users. But that being said, the better of the two DaVinci Resolve Vs Premiere Pro programs is for sure Adobe Premiere Pro. It is because for years Adobe has been growing its platform and base and offering improved tools. So, it has to be the best choice of the two. 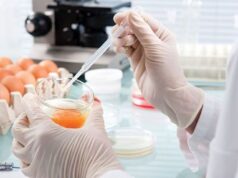 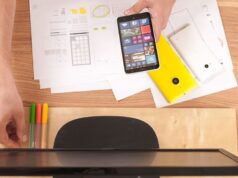