If you are someone who is planning on starting your career as an editor or you are already an editor who is looking to upgrade to a new editing platform, choosing which program to go with can be a difficult process. It gets a little tough to decide which software to you since your entire career depends on it. Whatever software you choose, you must look into your budget, be able to facilitate the videos you want to create, and feel comfortable and natural with the software.

In this article, we will look at DaVinci Resolve vs. Final Cut Pro to understand the differences and similarities. This comparison will most probably help you in deciding which software works best for you.

The most basic difference between both of these software’s is that the device you need to power them with. Talking about Final Cut Pro, it is an Apple software. It can only be used on a Mac laptop or a computer. On the other hand, the Blackmagic Design’s DaVinci Resolve can work well on both PCs and Macs. You might also be interested in Best DaVinci Resolve Courses.

Now which software to choose totally depends on where you stand on the Mac vs. PC argument. If you are planning to move from a PC to a Mac to use Final Cut Pro, then you will need to keep in mind the cost of a new laptop or computer including the software itself.

Pricing matters a lot when it comes to deciding what software to choose. Looking at both the software prices-wise does not make a huge difference. The full version of both of these software’s is around $299.

Looking at the interfaces, both of these software have lean and straightforward-looking interfaces. Final Cut Pro itself has a magnetic timeline. The magnetic timeline is a feature where each clip needs to attach to another to create your composition. The software. DaVinci supports free form editing. This is where the clips can be moved and placed around the timeline as you need.

Another feature of Final Cut Pro is that it has everything within one screen. That one screen includes features such as color and effects tools. They are all found under the main editing interface, letting you have all the tools at your fingertips. On the other hand, DaVinci has divided the workflow into separate tabs. Those separate tabs have features such as Assembly, Editing, Effects (Fusion), and Audio (Fairlight), Color, letting you define the tools you want at hand.You have to Follow for other tools Comparison with davinci resolve like DaVinci Resolve Vs Premiere Pro and DaVinci Resolve Vs Hitfilm.

Davinci initially came in as a correction and color grading software. So we can conclude that it has color tools and that they are far more extensive than Final Cut Pro.

Looking at the Final Cut Pro, it actually has some great color correction and color grading tools. It also has features like curves, color wheel, and various presets. It also lets you use the Lookup Tables (LUTs). Despite having so many features, it is only fair to say that Resolve has better color correction and grading features and tools.

The two programs of motion graphics layouts that can undoubtedly be tweaked for your requirements, and both have keyframing abilities permitting you to dive further into animated designs.

Moreover, they both have motion graphics integrations through Motion and Fusion. If we look at them as a separate program, it can actually get quite difficult to use. This happens especially if you have no prior experience with animation. Final Cut Pro has a bigger advantage when it comes to the number of templates you can download and use from the effects, titles, or generators windows. It is also fair to say that the DaVinci Resolve templates and macro options too are growing.

If you are someone who likes to bring life into their work by adding some fun titles quickly, Final Cut Pro might be the choice for you. On the other hand, if you are someone who works with more complex animated sequences from scratch then Davinci is your go-to software to learn.

Initially, the software Final Cut Pro 7 had an audio editing application that integrated with Apple. It was called Soundtrack Pro which was pretty useful. But, during the process of upgrading the software to Final Cut Pro X, only a few of the old audio tools were bought into Final Cut, whereas others weren’t brought in. This the reason why Final Cut Pro has some lack in it in the audio controls. It now has some very basic features of noise removal, panning, and effects options.

The software DaVinci Resolve has their dedicated audio editing application called Fairlight. This feature can be found in their interface tabs. Since Fairlight is a specialized piece of software specially designed for audio editing, it has much more in-depth fixing and mixing capabilities.

Now comes the actual question. It is normal that both of these software have their loyal fans in all corners of the world. The biggest difference again is the Mac limitations of Final Cut Pro, so it depends on the device you are using. Moreover, Final Cut Pro has a much more app-based feel to its editing. On the other hand, DaVinci Resolve has a much more film-based feel to it. What software you choose depends on the type of work you do. Stay safe and keep learning.

Are Karate Classes Good for Children?

5 Ways to Advance Your Nursing Career

9 Helpful Tips to Self-Publish a Book 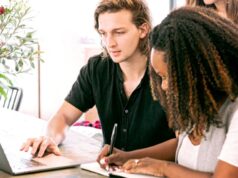