Are you that person who is seriously considering a career in UI UX design? Well, of course if you’re considering a career in this field then you must already know what a User Interface (UI) designer does and the type of skills required right? For many individuals, this is an exciting career path and it can be for you as well if you have the right skill set and the right information in your hands. So let us take a look at the demand of UI UX designers, it’s salary statistics and market trends. By understanding its demand and the salary that you can make as a UI UX designer, it can become easy to decide whether or not this career is a wise choice. So let us start our discussion. Follow here if you’re interested to develop or enhance your UI UX design skills.

How much can you earn

The first thing to be considered while choosing this career (or any other) is to find out the kind of job security this industry can offer. In short, you would want to know whether this career is in demand or not? Even though it is quite difficult to put an exact number on it but yes we can tell you one good thing relevant to job security. Check out the best free web development courses here.

Now if you want to know the demand of UI UX designers in terms of job opening then following are some statistics we have compiled for you.

How much can you earn as UI UX Designer?

Glassdoor states the national average salary of a UI UX designer in the United States of America to be $80,450 per annum. Note that this figure has been released based on over 1000 salaries that have been submitted by individuals with this job title.

First, we shall talk about the average salary of UI UX designers country wise.

Now let us take a look at the salary range of UI UX designers in different companies.

At Microsoft, UX designers are creating a variety of digital products that have put great influence around the globe. As Microsoft is a very stable and highly recognized platform, one must make up his mind about the interview being quite extensive. But if you manage to get selected as UX designer at Microsoft, then you can expect to make earn between $86,000 to $154,000 USD.

The British Broadcasting Corporation also known as BBC is an award-winning production company that is based in London. At BBC, you can expect to make an average salary ranging between $38,000 to $50,000 USD.

Note: You can checkout salary statistics and market trends for more professions here.

After reading this entire article, we can easily conclude that UI UX designer is a great career and if you really want to make a good career for yourself then yes becoming a UI UX designer can be a very good option. So read this article today and know all about the UI UX designer salary statistics and market trends and never stop learning. 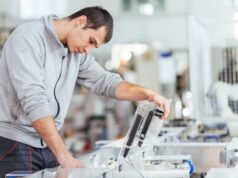 What Is A Pathway Course And When Do You Need One

What Do You Need For A Low Cost Science Lab DIY? 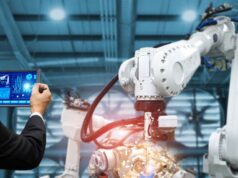 Who is an Automation Engineer: Key Responsibilities, Skills and Salary