Ever since its advent in the 1960s and 70s, employee training programs have been deemed as critical in helping the employees to reach their full potential. In 1994, the Academy of Human Resource Development was founded. And it came up with the theory that if only the managers were given leadership training than like the domino effect, this small effort will be highly fruitful. Ever since then, companies have lavished time and money to funnel different training programs to enhance the productivity of its employees. According to Laci Loew and Karen O’Leonard, Leadership Development Fact book 2012: Benchmarks and Trends in U.S. Leadership Development, Bersin by Deloitte, July 2012, almost $109 Billion were spent globally on managerial training projects.

But a more pressing matter on which people rarely talk about is the success ratio of these highly funded projects. According to Forbes, in 2017, the success ratio of managerial training programs was meagre 33.3%. If you compare this with the cost of the projects, then this ratio seems to be almost useless. And according to another survey by Forbes, only 14% CEOs of the fortune 500 companies believe that they have the right leadership to execute business. While the other 86% believe otherwise.

There are a lot of reasons that these projects don’t work. And here we will be discussing a few of them.

One thing that companies do not consider at all is that just like five fingers cannot be equal, so five people can also not be equal. They vary in a lot of traits. Different managers of different departments will have different strong suits. Some will have high punctuality whereas some will have great street smartness. And just like this they will have different weak zones as well. Some managers might be less of risk takers; some might be less of creative problem solvers. In short different managers have different needs that must be catered for. And they would need different approaches to be lifted out of their weak zones. But instead of carefully analyzing the weakness of its managers, companies just randomly send them to costly training programs. From these programs only a few managers actually gain something. Whereas for others it is just a futile effort.

Another problem associated with this practice is that sometimes a training program is taken under by a manager who has no use for it. Whereas a manger who would have utilized it does not get a chance. So time, opportunity and money, all are wasted. you have to follow the Reputation Management in a Digital World.

Probably the biggest obstacle on the path of learning and improvement is the cockiness of managers. And their self-assumption of being perfect. It actually means that when a person thinks that he is at the place where he aspired to be, then he stops learning. And he thinks that he is perfect and does not need to learn or grow anymore. This is one of the biggest reasons for the failing of training programs for managers. When a company sends its manger to a training or a learning camp to get better, but they are under the assumption that they are perfect, they do not learn anything. Rather they probably keep criticizing the ways of the camp. And instead of learning anything they just be the wet towel for the whole camp and spread negativity throughout the tenure.

Therefore, the mangers who are under the assumption of being perfect often turn out to be the biggest reason for leadership programs for managers to fail. It’s highly recommended to check out strategic leadership and management program.

For drug addicts, relapsing to their old habits is one of the greatest reason that they cannot leave their past behind. No matter how much they stay away from their malicious practices, but once they come in contact with their stuff again, all their efforts to leave their past get undone.

For example, if a manger had joined a leadership training program focusing on risk taking, then he would follow it for some time till the things go right. But he would chicken out at the very first sight of danger. And even after a couple of successes he would immediately go back to previous ways after first loss.

Similarly, if a manger is inducted to a leadership training camp that focuses on creative problem solving. Then he would at first adopt new methods to solve problems. And he would continue this routine till he rushes to some new and more intense problem. And once when he sees things going south, he will revert back to his previous methods of solving a problem.

Another major reason that these leaderships programs fail is that they are designed to be a little tough. The managers and the participants take it as another piece of work.  And they take part in these programs just for the sake of taking part. They just appear in them to add to their resumes.

But if these training programs were designed in a fun way than mangers would actually wait for such programs. And instead of taking these lightly they would participate in these programs enthusiastically. And they would actually gain something from these activities rather than being more offended from them. 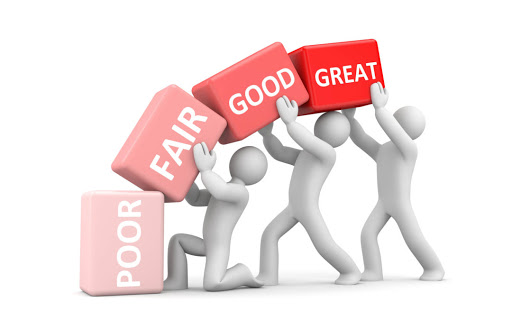 Another reason that such managerial training programs fail is because that many companies just pay lip service in favor of such programs. And they just send their people to such programs because of having an intellectual image in their favor. They do not consider whether the mindset of their managers align with the nature of the program. They just send their managers for the sake of representing their company. And after the program they do not even care about the results. They just take them for granted. Follow here for more leadership practical skills development.

But if they measured the before and after performance of their managers they then would know how big of a failure the program had turned out to be for them.

Thus if all the above things are kept in view before initiating a leadership program for managers, or before sending managers to a training program that would them no good, then only then we can make such programs successful. Otherwise all our such efforts will keep on going in vain,