One of the most popular open-source android mobile app development tools is the Mobile Angular UI. It integrates Twitter’s Bootstrap and Google’s AngularJS to aid any android developer in building a lightweight and highly responsive android apps. Mobile Angular UI takes full advantage of Bootstrap’s easily understandable syntax and Angular’s large collection of libraries to deliver clean and user-friendly applications with ease.

With the Bootstrap syntax embedded in it, Mobile Angular UI helps a developer to adapt a desktop webpage into a mobile application screen without hassles. Also included in the framework is the automatic inclusion of mobile elements like overlays, sidebars, switches, and scroll areas, etc. into the application which is a huge support to any developer. Another noticeable addition is a couple of essential libraries, fastclick.js and overthrow.js. Fastclick.js eliminates delays between clicks and responses while overthrow.js is used in interpreting the occurrence of CSS Overflow.

React Native is a relatively new open source framework from Facebook to develop mobile applications that are a class apart from the rest. React.js is extremely famous for delivering small-scale web applications and with Facebook’s implementation of React for mobile applications, it is fast becoming a framework setting new mobile app development trends.

React Native assists any developer to build their applications in simple JavaScript and interprets this code into a Google Android App and an iOS App. The React libraries are immensely powerful and capable of executing complex requirements without the need for exhaustive logic. These libraries are also included in the React Native framework and are a great assist in performance-intensive high-end android applications.

For building cross-platform applications that use Native UX, NativeScript is a very effective tool. Cross-platform development and code sharing between multiple OS is the highlight of NativeScript. It supports code that needs to be written only once but can be executed on iOS or Android devices.

NativeScript is primarily an XML and Scripting based framework, making use of native UI libraries present in JavaScript and Angular. It incorporates the same features that developers use to implement interactive websites. Being an open source framework, it is easily accessible to any creative mind who wishes to influence a global reach.

With some very attractive features like semantic markup, progressive enhancement, theme-based design, PhoneGap/Cordova support, jQuery Mobile has a large stake in the ongoing mobile app development trends. While these features do not offer great performance on the app, they do deliver an OS independent code that can be run on any mobile platform. jQuery Mobile is a fantastic tool for writing simple yet sophisticated android applications.

Appcelerator is a well-structured tool which is capable of designing visually appealing applications. Appcelerator provides its users with utilities that enable them to design, develop, test and deploy their android application with utmost ease.

Appcelerator is an open source android mobile app development tool primarily based on Node.js and native JavaScript. It houses an enormous set of libraries and APIs that can fabricate performance-driven applications without any inconvenience. The cloud platform of Appcelerator maintains a dashboard updating the health of the android application and is an added boon for developers.

A leader in mobile app development trends is Sencha Touch. This tool is considered as one of the most efficient and user-friendly tools to build and deploy Android applications directly onto Google Play. Sencha is a data-centric android app development tool and is therefore extremely useful in building apps that deal with a lot of customer sensitive data.

Sencha Touch supplements its user with complete project management capabilities through its integrated MVC (Model View Controller) design and can be used to monitor milestones throughout the development lifecycle. A distinct feature of Sencha Touch is its hardware acceleration which is a great selling point for an android app. This feature enhances the performance of the app and ensures that the end user does not face any lag time. Using the extensive features of ExtJS and HTML5, Sencha Touch is a prime choice for developing any visually attractive and highly responsive android app.

When in need of a quick turnaround time from design to deployment phase for an Android app, Corona SDK is the tool to count on. The Corona SDK framework is significantly easy to use and can assist even a novice app developer to deliver professional applications. It is a completely open source, free development kit which can be used to develop high-end apps or games.

Corona SDK is built completely on Lua, which is a mobile app development specific programming language. The complete focus of apps built on Lua through Corona is on performance, look and feel portability and extensibility. Corona apps and games can be run on Android and iOS. An increasing number of android developers are dependent on Corona for their development activities. With an expansive array of APIs that can provide solutions to any demands, Corona SDK is bound to become a hot favorite among android developers.

The era of Android has boundless potential and is capable of delivering high-end android applications. Android development is gradually increasing its reach to such higher levels that the new upcoming frameworks can ease the development process. The above listed seven frameworks and numerous others showcase that Android can deliver flawless solutions globally. 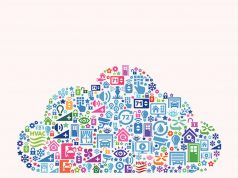