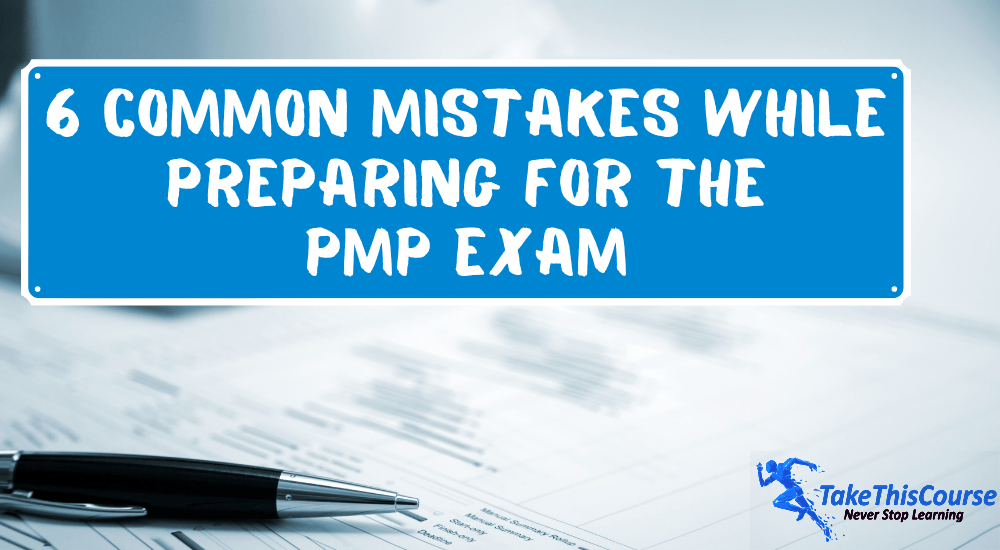 Passing a PMP Exam is a very hard task. A person has to put in a lot of effort, time and take it as seriously as he can because it’s no joke passing the exam. But many people don’t understand this fact properly and deem passing the exam won’t be a problem at all. When the time comes and they are in the exam room that is the moment when they realize how wrong it was to take this exam light. But now it’s too late for them to make amends right?

So let’s take a look at some mainstream mistakes.

Not Realizing the Importance of the PMBOK Guide:

This is a very common mistake where people who start to prepare for the PMP Exam ignores the most valuable asset they have for preparation. The PMBOK guide has everything a person needs to know regarding the exam, pattern, preparation and much more. But what people mostly do is either they don’t read it or read it superficially (which is of no use).

So we would suggest reading the PMBOK guide as keenly as one can when starting the preparation. Trust us, the exam has a lot of questions whose pattern and similar questions are only available in the PMBOK book.

So if anyone intends to prepare for the PMP Exam, their first step has to be the PMBOK guide. Otherwise, it is highly like you may fail the exam.

Are you finding best Project Management Online Courses from top universities or PMP Prep Courses which also completes your PDUs.

Either taking the Exam too early or too late after Preparation:

The next common mistake is the time period between the preparation and taking the exam. The PMP Exam is very hard to pass. Firstly, many people deny this fact and are in a hurry to take the exam so they take a very few days for preparation and then take the exam. Secondly, there are many people who take a great deal of time preparing for the exam. Even after their preparation is done, they are mentally not prepared to appear in the exam and delays it. Both these cases can result in epic failure.

This can only be avoided if a person plays wisely. He should evaluate himself honestly and then decide how much time he needs to prepare properly for the exam and as soon as he is done with the preparation, waste no time to appear in the exam. This mistake might sound very minute but puts a great impact on passing and failing the exam.

Relying on the free Study Material for the PMP Exam:

So what we’re advising here is to look for an authentic website for accessing free material. We at takethiscourse.net are providing with free sample questions and quizzes to take. We guarantee that whatever the study material we provide is fully up-to-date and according to the latest format and also for free, so do check them out: PMP Certification Dumps

Not attending a formal 35 Hours Training Program because it’s expensive:

Taking the PMP Exam demands that a person should attend a formal 35 hours training program. This training program comes in handy as it helps a learner to understand the technicalities of PMP and how to pass it very thoroughly. Most people skip this training because it is a bit expensive but we really urge all such people to attend the training even though it is expensive. Because it will pay off in the end.

Not having enough sleep the night before the PMP Exam:

Now this one can be called as the most common or dumb mistake that any person could make. Studies have shown that 1/3 of the adults don’t get enough sleep which makes it 35% of the adults overall. Not sleeping enough means not enough time for your brain to relax which leads to consequences like not performing well in doing daily routine work or exam.

So we would suggest having a proper and sound sleep every day and if not every day then at least the night before your exam. Because the exam will be quite difficult and you would need to solve it with a sound mind which can only get through a good night sleep.

Everyone knows about the practice exams and that how helpful they can turn out to be. But still, the majority of the people manages to ignore this reality and don’t use this resource enough. It may be because they find these practice exams to be expensive or maybe they’re just not interested.

Either way, we would suggest solving as much practice exams as one can after preparing for it. Not only it will help one get an idea about the actual exam and how to solve it, but it will also help to improve one’s speed in solving the exam. So if you are looking for a site to take the practice exams then we have got you covered. Check out: PMP Certification Dumps

The above mentioned were some of the common mistakes that we have discussed in detail and would like all the PMP learners to read and take notes from them. The PMP Certification is provided by the Project Management Institute (PMI) which is greatly known to be a global non-profit professional organization that is for project management. Also, if anyone is looking for any type of guidance or learning material for the PMP Exam, don’t hesitate to visit our site. Take This Course – PMP Certification Practice Exams.

Why Google Cloud is better than Azure?

What are the Key Objectives of Accounting? 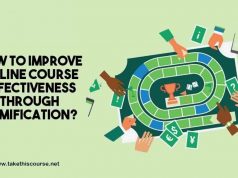 How to Improve Online Course Effectiveness through Gamification? 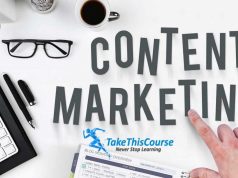