This course covers the essential information that every serious programmer needs to know about algorithms and data structures, with emphasis on applications and scientific performance analysis of Java implementations.

All the features of this course are available for free. It does not offer a certificate upon completion.

We define an undirected graph API and consider the adjacency-matrix and adjacency-lists representations. We introduce two classic algorithms for searching a graph—depth-first search and breadth-first search. We also consider the problem of computing connected components and conclude with related problems and applications.

In this lecture we introduce the maximum flow and minimum cut problems. We begin with the Ford−Fulkerson algorithm. To analyze its correctness, we establish the maxflow−mincut theorem. Next, we consider an efficient implementation of the Ford−Fulkerson algorithm, using the shortest augmenting path rule. Finally, we consider applications, including bipartite matching and baseball elimination.

In this lecture we consider specialized algorithms for symbol tables with string keys. Our goal is a data structure that is as fast as hashing and even more flexible than binary search trees. We begin with multiway tries; next we consider ternary search tries. Finally, we consider character-based operations, including prefix match and longest prefix, and related applications.

A regular expression is a method for specifying a set of strings. Our topic for this lecture is the famous grep algorithm that determines whether a given text contains any substring from the set. We examine an efficient implementation that makes use of our digraph reachability implementation from Week 1.

Our lectures this week are centered on the idea of problem-solving models like maxflow and shortest path, where a new problem can be formulated as an instance of one of those problems, and then solved with a classic and efficient algorithm. To complete the course, we describe the classic unsolved problem from theoretical computer science that is centered on the concept of algorithm efficiency and guides us in the search for efficient solutions to difficult problems.

The quintessential problem-solving model is known as linear programming, and the simplex method for solving it is one of the most widely used algorithms. In this lecture, we given an overview of this central topic in operations research and describe its relationship to algorithms that we have considered.

Is there a universal problem-solving model to which all problems that we would like to solve reduce and for which we know an efficient algorithm? You may be surprised to learn that we do no know the answer to this question. In this lecture we introduce the complexity classes P, NP, and NP-complete, pose the famous P = NP question, and consider implications in the context of algorithms that we have treated in this course.

Build a Blockchain and a Cryptocurrency from Scratch
David Joseph Katz via Udemy
12,783+ already enrolled!
★★★★★ (1,977 ratings) 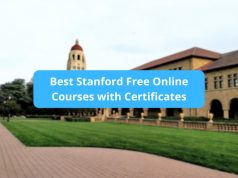 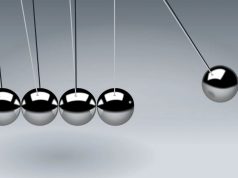 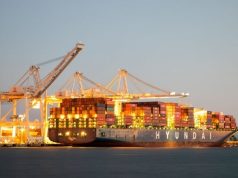 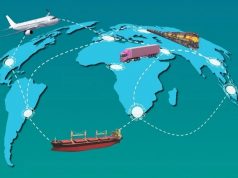